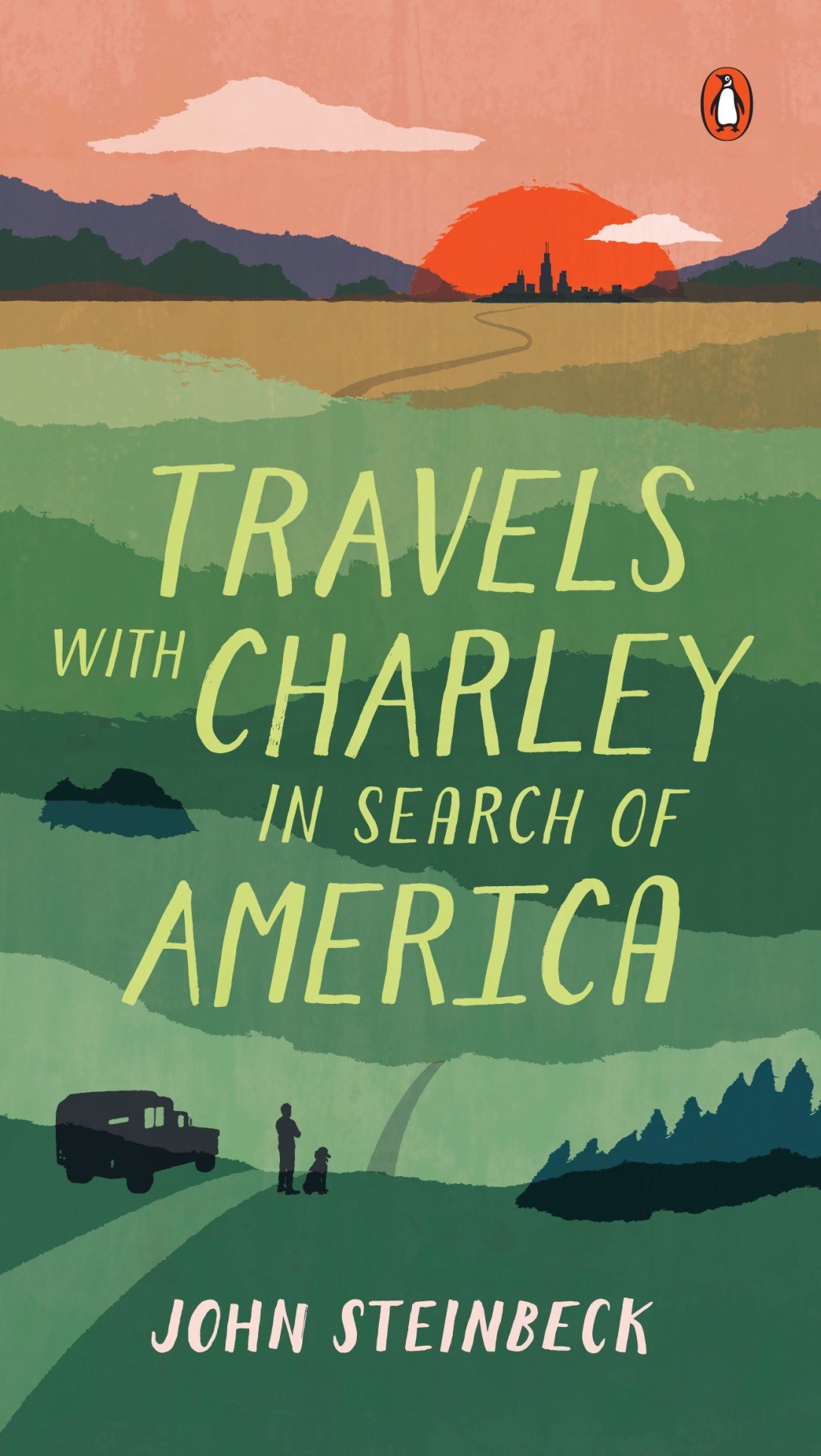 If you haven’t read the blog post Stebbing’s Sweet Tooth it would be best to read that first. In it I cover De Pere resident Stuart Stebbing and his invention of Swiss Cheese filled Chocolate, brought to market as the CheeSweet Candy Company.

Recently, with the help of my wife, I came across something interesting in author John Steinbeck’s 1962 book “Travels with Charley : In Search of America”. It’s a story about how Steinbeck and his beloved poodle Charley embark on a cathartic trip across the country to bear witness to post-war America. According to the author’s oldest son, Thom, his father had a heart condition and knew he could die at anytime, the road trip was his last chance to see the country. In the book the author travels to Wisconsin for the first time here is an excerpt :

It is possible, even probable, to be told a truth about a place, to accept it, to know it and at the same time not to know anything about it. I had never been to Wisconsin, but all my life I had heard about it, had eaten its cheeses, some of them as good as any in the world. And I must have seen pictures. Everyone must have. Why then was I unprepared for the beauty of this region, for its variety of field and hill, forest, lake? I think now I must have considered it one big level cow pasture because of the state’s enormous yield of milk products. I never saw a country that changed so rapidly, and because I had not expected it everything I saw brought a delight. I don’t know how it is in other seasons, the summers may reek and rock with heat, the winters may groan with dismal cold, but when I saw it for the first and only time in early October, the air was rich with butter-colored sunlight, not fuzzy but crisp and clear so that every frost-gay tree was set off, the rising hills were not compounded, but alone and separate. There was a penetration of the light into solid substance so that I seemed to see into things, deep in, and I’ve seen that kind of light elsewhere only in Greece. I remembered now that I had been told Wisconsin is a lovely state, but the telling had not prepared me. It was a magic day. The land dripped with richness, the fat cows and pigs gleaming against green, and, in the smaller holdings, corn standing in little tents as corn should, and pumpkins all about.”

The book in recent years has been charged as partly fiction. Steinbeck at his core was a novelist and apparently not above embellishment. Maybe that is why many have not taken the following seriously?

I don’t know whether or not Wisconsin has a cheese-tasting festival, but I who am a lover of cheese believe it should. Cheese was everywhere, cheese centers, cheese cooperatives, cheese stores and stands, perhaps even cheese ice cream. I can believe anything, since I saw a score of signs advertising Swiss Cheese Candy. It is sad that I didn’t stop to sample Swiss Cheese Candy. Now I can’t persuade anyone that it exists, that I did not make it up.”

I believe you John. Although the book was published in 1962, the road trip Steinbeck writes about was in early October 1960. That was the same October that Stebbing’s CheeSweet Company declared bankruptcy. Even though bankruptcy was declared it seems quite probable that stores still had stock of the candies to sell. All in all the fact that there actually was swiss cheese chocolates at the time of Steinbeck’s road trip seems too coincidental to be fiction.

Special thanks to my road trip companion, Dawn Hoffman, without whom this post wouldn’t be possible.

2 thoughts on “Steinbeck in Search of CheeSweet”